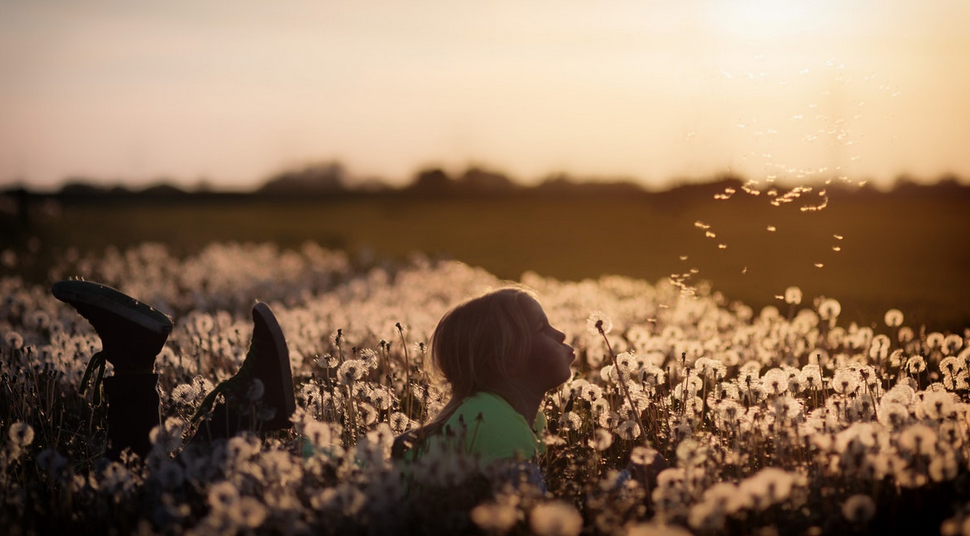 Allergies are becoming more frequent in our society. In Europe, no less than one in three people is affected and one out of two is respiratory linked. Allergic rhinitis or “hay fever” or “Pollinosis” alone affects 20 to 30% of the population.

Allergies are pathologies with a genetic predisposition but which are exacerbated by many environmental factors (called “epigenetics”), such as stress and changes in our lifestyle, rising temperatures and indoor humidity, pollution, changes in diet, the development of new medications, smoking and many other factors.

“Hay fever” or “pollinosis” is a rhinitis caused by grass pollen allergy and is often seasonal. It manifests with an itchy nose, frequent sneezing and a clear runny discharge. These disorders often come together with conjunctivitis: the eyes swell, redden and are watery. Sometimes headaches accompanied by fatigue can make you feel more uncomfortable. All symptoms of cold (except fever) can also manifest. In more severe cases, symptoms of respiratory allergy may appear: cough, difficulty breathing, or even an asthma attack.

When viruses enter the body, the immune system produces specific molecules that are responsible for recognizing the intruder and destroying it. In case of allergy, the body triggers a hypersensitivity reaction.

Upon contact with an allergen, the immune response leads to a high production of an antibody class, IgE (or immunoglobulin E)1. Then, these bind to the membrane of certain cells, such as mast cells. These cells are then stimulated and release significant amounts of histamine. Histamine plays an essential and vital role, in promoting the inflammatory processes necessary for the destruction of foreign bodies. Unfortunately, when the antibodies cause too much histamine to be produced, it becomes harmful and irritates the tissues to be defended.

In pollen allergy, as soon as this substance is inhaled, antibodies bound in the cells of the upper respiratory tract trigger their offensive movement, leading to the appearance of the famous hay fever or asthma attack.

This dilation of the blood vessels causes redness. If histamine discharge is very high, the blood is abnormally attracted to some vessels, resulting in a lack of blood in others

areas of the body: this circulatory failure can lead to anaphylactic shock,

Finally, studies show that activation of histaminergic cells in the posterior hypothalamus produces cortical activation and causes awakening. This explains why antihistamines used against allergy have a side effect of drowsiness.

The multiple factors responsible for this allergy can be regulated by using micro minerals of trace metals: natural antihistamines!

Which minerals and trace elements to stop the allergy?

Trace elements are key elements of living organisms and play a considerable role in all biochemical exchanges that lead to the perpetuation of life. In particular, they are involved in:

It is easy to understand that the deficiency of a single and even several trace elements, can have harmful consequences on health (2).

CALCIUM is the most abundant mineral in our body. Its main function is to build and renew the skeleton. Calcium also contributes to muscle and cardiac contraction, blood clotting, hormone release and nerve impulse transmission. Its involvement in cellular exchanges and membrane permeability makes it a vital element for the body.

Controlling calcium intake therefore makes it possible to regulate the secretion of histamine (evidence of allergy) while at the same time avoiding the risk of side effects of “drowsiness”.

It should be noted that the rate of absorption of calcium is related to magnesium intake.

In general, it can be said that wherever calcium plays a role in contraction, MAGNESIUM acts to facilitate relaxation. It is considered a natural anti-stress. It participates in more than 300 metabolic reactions in the body. According to some studies, magnesium deficiency is implicated in disorders ranging from nervousness, anxiety and fatigue to arteriosclerosis, metabolic syndrome and immune system alterations.

ZINC and MANGANESE: STRENGTHEN THE IMMUNITY SYSTEM AND FIGHT AGAINST SYMPTOMS

The organism needs very little ZINC, but this is essential. It intervenes in the activity of more than 200 enzymes. It is involved in the structure of many hormones and metabolism of several vitamins. It is also involved in the transmission of information at the brain level and in the fight against free radicals, which generate oxidative stress.

Finally, zinc plays a fundamental role in the functioning of the immune system, as has been demonstrated by numerous studies (7).

MANGANESE is found in bones (about 25% of the whole body), testicles, liver, pancreas and kidneys. It helps regulate the metabolic process of carbohydrates, in the balance of enzymatic systems and bone growth. It also ensures optimal coagulation of red blood cells. Its antioxidant properties regulate the action of free radicals.

Manganese also has an important action in immune defense.

All these faculties explain the therapeutic use of manganese, particularly to fight efficiently against allergies.

COPPER is found in very small amount but essential quantities in the blood and other tissues in the cytoplasm, nucleus and mitochondria of the cell. It plays an essential role in preserving the myelin sheath of the nerves, stimulating the immune system during viral or bacterial attacks, bone growth, thyroid function and the formation of red blood cells and several hormones. It contributes to the fight against free radicals since it is the essential coenzyme of SOD (Superoxide Dismutase). This enzyme reduces oxidative damage and therefore fights against tissue ageing.

Copper is above all an anti-infectious agent, it strongly stimulates the natural defenses of immunocompromised people (11) and helps fight germs and viruses (12). In March 2008, the U. S. Environmental Protection Agency (EPA) approved copper as an antibacterial agent to control the proliferation of certain bacteria responsible for life-threatening infections (13). This action is reinforced by its ability to stimulate the production of vitamin C.

Taking only one of these trace elements do not solve any health problem. Indeed, no metabolism, even elementary, can be summed up as a single catalysis independent of the rest of the body. In addition, compounding a random combination of several trace elements can have serious repercussions. They may have different actions, depending on their combination and dilution. They interact with different mechanisms and can sometimes compete with each other: at the level of their absorption or use by the body.

Moreover, the recommended daily levels of micronutrients must be adjusted if they are blended: the association is always greater than the sum of the parts.

THE SOLUTION: Combine macros and trace elements following a specific blend carefully with very accurate ratios to create a global synergy and optimize the biocompatibility and the bioavailability.

A sequential formulation to create a global synergy and optimize the criteria for biocompatibility and bio-availability. It combines an infinitesimal dilution and a dose by weight of the various oligo-metals (calcium, magnesium, zinc, copper, manganese, sodium and potassium) to “trigger” chemical reactions inside the body to regulate and maintain the responses to the pollen allergen.

The complex acts on the disturbance of a physiological function to regulate the release of histamine, reinforce the immune system and long-term equilibrium of cellular reactions to external aggressions.

In the case of hair growth, blueberry strengthens

How do we maintain a healthy microbiome to support

If our body is depleted from essential nutrients i

Activa Well Being Immunity is a natural way to str

Breathe, relax and make plans for your weekend!⁠

The Power of Polyphenols