Stress and anxiety – the bane of modern life

Our lives today have become more complex: faster paced, excessive workloads, the continual search for perfection, obsession with competition, difficulty in striking a work/life balance, lifestyle issues…Everything seems to ramp up the pressure! Stress, triggered by our way of life, affects all social groups and all age categories. No-one truly escapes it.

However, some people are more deeply affected by its consequences, depending on their personal, psychosocial, professional and health background. The signs of stress are everywhere and it has far-reaching consequences. But what exactly is stress? It is a state of chronic tension (physical and psychological) stemming from the inappropriate long-term management of psychological pressure.

In its initial phase, stress can cause short-term symptoms such as palpitations, a lump in the throat, irritability, anxiety, distress etc. However, over a long period of time, uncontrolled stress can prevent our body from functioning properly, weakening our cells and immune system. This means it can lead to a range of different health problems: stomach ulcers, heart attacks, high blood pressure, and even tumours in some cases.

How to manage your stress and regain a sense of calm? 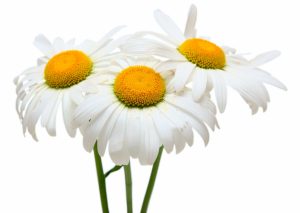 Matricaria or German chamomile should not be confused with Roman chamomile (more commonly used in France). Although both plants have substantially the same properties, they differ in appearance.

The World Health Organization (WHO) recognizes the medicinal use of matricaria to treat dyspepsia, including spasms and inflammation of the digestive tract… but also to relieve stress, anxiety and the risks of insomnia associated with anxiety: 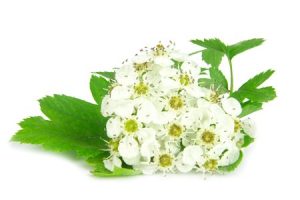 Hawthorn has been used since ancient times by the Greek physicians, as well as in traditional Chinese medicine. In Europe, it is recommended as a treatment for heart problems, stress and insomnia, which can be stress-related.

Hawthorn has a complex composition. It contains a blend of active ingredients that work synergistically, meaning that no one molecule can be singled out to explain Hawthorn’s benefits. Hawthorn is, in fact, a cocktail of flavonoids, including hyperoside and vitexin, which play a role in regulating heart rate by reducing palpitations, along with the sensation of a pounding heart in anxious, stressed and nervous people. By calming these palpitations, hawthorn has a sedative effect on the central nervous system. 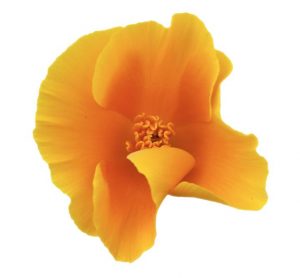 More commonly known as California poppy, eschscholzia is a natural sedative and anti-anxiety remedy. It is a sleep aid (hypnotic), calming both children and adults and helping to induce sleep and alleviate night awakenings and nightmares. More widely, it improves mental health problems by normalizing psychological function. Without creating a dependency, it also relieves nervous tension, stress and mild anxiety, which causes palpitations or tightness in the chest.

It owes most of its properties to the different alkaloids it contains. Eschscholzia californica has been the subject of many studies. A team from the Pharmacognosy laboratory at the University of Metz has revealed that hydroalcoholic or aqueous extract of California poppy:

The synergy between these different plants helps to combat nervous tension, irritability and anxiety effectively and comprehensively, without undesirable side effects.

A natural complex is available, formulated from these plants, which work synergistically to deliver active ingredients that are highly biocompatible and bioavailable. It is produced by Laboratoires Activa under the name “Serenity”. It is available in the Well-Being range, for all-round action and preventive care, and in the Chrono range, for use in a crisis.

The perfect way to maintain inner peace and serenity!